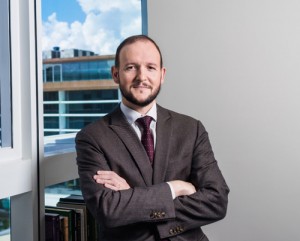 Eric is a Ph.D. candidate at the University of Brasília (Unb) and holds an LL.M from Columbia University and a Master of Arts in Philosophy from Unb. He worked with the Brazilian federal administration from 2004 to 2009 in competition, regulation, consumer relations and anti-corruption matters. Eric also participated in the cartel sub-group of the International Competition Network and now participates as a non-governmental advisor to the unilateral conduct sub-group. Before founding Gico, Hadmann & Dutra Advogados, he was an associate with Freshfields Bruckhaus Deringer in Brussels. He was a member of the Anti-corruption Committee and is a member of the Competition Committee of the Brazilian Bar Association (both at the Federal and District levels). Eric is the corporate law and antitrust and regulation professor at Instituto Brasiliense de Direito Público (IDP). He has been listed by Chambers & Partners (since 2014), Legal 500 and Leaders League.

Fluent in Portuguese and English.